Good things come to those who wait: Guinness the reward for record-breaking Aviators

Over a century after Brown and Alcott become the first aviators to fly non-stop across the Atlantic, a replica bronze statue of the two famous pilots has been unveiled at Clifden Town Square, Co. Galway. Perhaps it was the prospect of a refreshing pint of Guinness that brought the pilots to Clifden, Ballymore Group Chief Executive Sean Mulryan, mused at the statue’s unveiling.

“I don’t agree with all of the history and I’m going to tell you why. They (Alcock and Brown) knew exactly where they were going.. they had read up about the craic in Clifden with the music and dance. And the first thing they said when they got off the plane - two pints of Guinness!”

The creation of a permanent statue in Clifden follows Ireland’s ‘Alcock and Brown 100 Festival 2019’ celebrations which marked the centenary anniversary of the flight last year. John Alcock and Arthur Brown made the flight from St Johns in Newfoundland in a modified Vickers Vimy biplane. They took off in the early afternoon of 14 June 1919 from St John’s in Newfoundland. They braved cloud, snow, ice and a near-fatal stall over the Atlantic before finally landing at the Marconi Station at Clifden, County Galway, 16 hours and 28 minutes after takeoff.

The Daily Mail had offered £10,000, or £1million in today’s money, to the first person to fly the Atlantic non-stop. Within days, they collected their reward from Winston Churchill, then Secretary of State for War, and were knighted by King George V.

The statue, which has been crafted by Bronze Art Ireland, is an exact replica of a monument erected at London’s Heathrow Airport in the 1950s, which was brought to Ireland temporarily for the festival. The original was commissioned by the British government and created by the notable sculptor William McMillan. When the festival ended, the idea of replicating the original and giving it a permanent home in the square at Clifden took hold, and Sean Mulryan and his wife Bernardine provided funding support to help realise the project. Sean remarked:

“A museum is the next target with a replica of the plane and a history of all the great stories in the world about aviation and I think that would be a great thing for tourism in Clifden. So if we get a museum done, with a little help from our friends, it will be a huge benefit to Clifden, the community, jobs and tourism. We’re going to try make this happen.”

Robin Barnett, the British Ambassador to Ireland, formally unveiled the statue this month (March), assisted by Sean and Bernardine Mulryan. “The remarkable flight by Alcock and Brown must be remembered and commemorated, especially here in Clifden. Bernardine and myself are delighted to have played our part in making this happen and we have no doubt it will add to the tourist attraction of this beautiful area.” 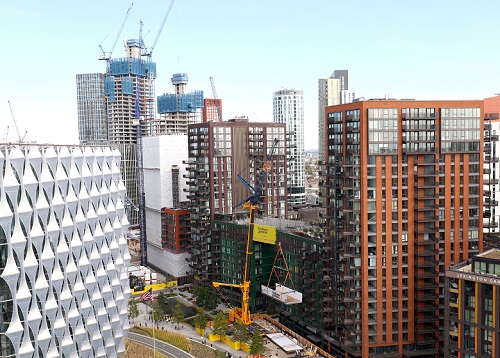