Dantae Johnson, a producer, songwriter, and founder of Three Bears Entertainment and The Woods Studio on London City Island has been busy. “We’ve had all of our artists affected by the COVID-19 lockdown,” he says. “Many were in the middle of projects at the studio on City Island that have suddenly stalled. And we need to support them through lockdown. We’ve had to find new ways to generate revenues - take everything online. Live gigs are about 70% of all artists’ income. It’s also where many artists attract new fans, so the fact that no artist has that shoulder to lean on any more is very troubling.”

The Woods Studio’s response, in collaboration with Ballymore, was to create a podcast series, the City Island Homecast, where creative artists can discuss how they are adapting to life in lockdown.

The series will launch on Thursday 14 May. It will consist of six episodes, each one between 40 and 50 minutes long, with a new episode released every week. Episodes will feature some of the biggest names in UK music and content creation: Dalton Harris (2018 X Factor winner), Nile Wilson (British Olympian and YouTuber), Caggie Dunlop (reality TV star and influencer), Lily Mercer (DJ, founder and editor of Viper magazine), Donel (The Voice UK contestant and rising UK musician), and Angels & Bandits (up-and-coming UK band). Johnson will host each episode with award-winning, Oscar shortlisted, London-based music producer, Pete Boxsta Martin.

“Everyone we are working with on this series has a huge online following,” explains Johnson. “And right now, with everything that is going on, people want to know how their favourite artists and influencers are coping through lockdown. So, we thought, why not have a podcast, which can condense - in their own words - the experiences of these creative artists at home during lockdown?”

“Mental health will be a big topic,” Johnson says. “Many of our guests are well-versed in the area of mental health. Nile Wilson has struggled with depression because of how much he needs to be on top of his game as an Olympic gymnast, and because of setbacks through injuries. Dalton Harris has suffered from crippling anxiety, so he’s going to be talking about that and everything in-between.”

"As part of the City Island Homecast series, Ballymore and The Woods will launch a GoFundMe campaign to raise money for charity."

The idea of what home means to creative artists in a post-COVID-19 world was also of great interest to Johnson’s team at The Woods when developing the series.

“We collaborate a lot with Ballymore, so we wanted the central theme of the series to be home, and ask: what does home mean to us? It seems like the right time to engage with our communities through culture and music.” Despite the many devastating outcomes of the COVID-19 virus, The Woods are aiming for optimism with the City Island Homecast.

As part of the City Island Homecast series, Ballymore and The Woods will launch a GoFundMe campaign to raise money for charity. Each episode of the series will aim to raise funds and awareness for a charity nominated by that week’s guest. There will also be special guests featured on each episode, such as The Duchess of York Sarah Ferguson, whose charity Street Child (nominated by Dalton Harris) helps to provide education to more than 125 million disadvantaged children worldwide.

You can listen to the City Island Homecast on most major podcast platforms such as Apple Podcasts/Spotify/Google Podcasts, or you can find it on Acast. 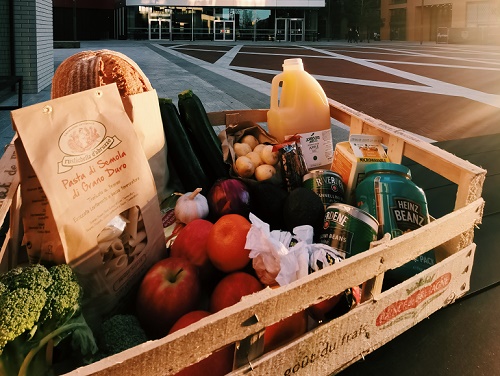 A helping hand for Ballymore’s communities

Ballymore and its creative and artisan businesses are joining forces to provide coffee, culture, food and fitness activity.

Cool sounds for a hot summer night at Goodluck Hope

On July 4 there was a festival vibe at Goodluck Hope. Music producer Dantae Johnson, who set up Three Bears Entertainment with business partner Pete Boxsta Martin, gives the lowdown on his company and how it helped to make the Leamouth Peninsula’s first music festival happen.