Ballymore’s Royal Wharf development in east London has been recognised as one of the UK and Ireland’s highest performing construction sites, with a 2020 Most Considerate Site Award in the Considerate Constructors Scheme’s (CCS) 2020 National Site Awards. The company won the coveted award in the largest sites class, for projects with a value of £50 million and over, and was also rewarded with a Gold Award for the site.

The accolades make Ballymore a top achiever in this year’s awards, which recognise the highest performing construction sites against the scheme’s Code of Considerate Practice. The code monitors how considerate a site is being towards its local community, environment and workforce.

The award citation for the Royal Wharf site recognises Ballymore’s “strong and unwavering commitment to the Code of Considerate Practice”, highlighting some of the key measures taken to protect the environment and its workforce. These have included the adoption of a system using reclaimed heat from human by-products to pre-heat the cold water supply feeding into the water heater for handbasins. The project invested in the full-time expertise of a psychoanalyst, who specialised in mindset-evolving coaching and positive performance, and a workshop syllabus focusing on teambuilding, collaboration and personal development to provide operatives with support.

The all-round approach, the citation noted, “laid the foundations for a happy, caring and dedicated workforce, which set the standard for the rest of the industry”.

Joe Cashman, Project Director, also picked up the highly prized 'Seal of Excellence' award.  Receiving a Seal of Excellence Award is a great achievement for any site manager, as it places them right at the top of their profession.

Breaking the plastics habit on site 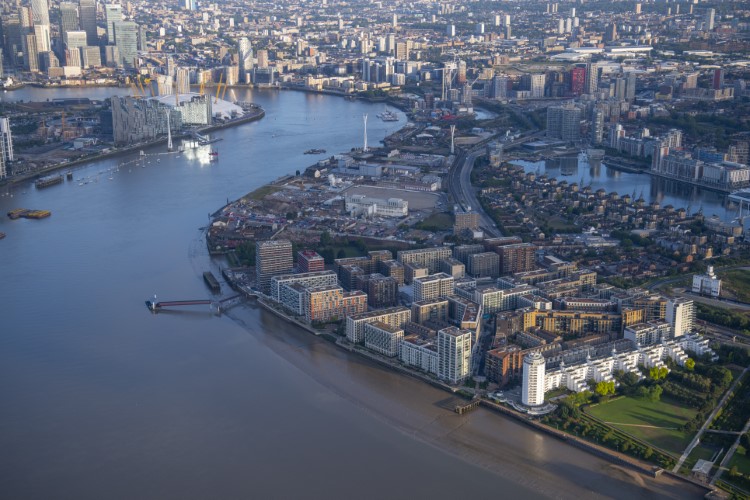 Docklands through the decades

As we enter the 2020s, Josephine Smit looks at the influence of Ballymore’s east London developments over the decades.