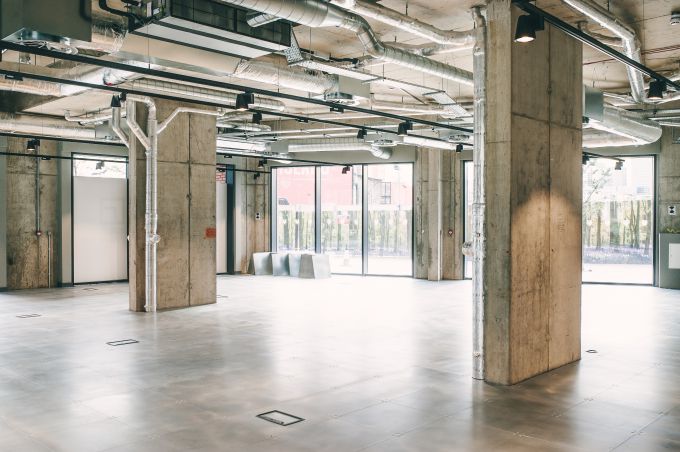 [LONDON: 7th October 2017] London City island has launched 30 new homes. The release will include suites, one, two and three bedroom apartments on the Leamouth Peninsula island development, with prices starting from £422,500. The launch is in celebration of Frieze and welcomes the island’s newest art resident, arebyte gallery - a contemporary space dedicated to new media and performance art. Attendees to the launch event will have an opportunity to view the Richard Wentworth exhibition which is currently installed in the new gallery.

In keeping with the development’s commitment to supporting local artists, arebyte, Studiomakers and EcoWorld Ballymore have collaborated to create a 6,000ft gallery and workspace at London City Island. The mutually beneficial and sustainable model seeks to counter the dramatic decline in the capital’s creative workspaces, with a loss of 3,500 spaces predicted by 2020, an initiative in association with the Mayor of London

City Island is more than just a place to live; it is a destination for art, culture and creativity. The island is a new neighbourhood for the capital, surrounded by water on Leamouth Peninsula and connected to Canning Town by a striking 260 ft. red footbridge. The development will comprise 1,600 residential units, along with independent cafes, shops, restaurants and diverse cultural facilities. The first phase of the 12 acre site is now complete and occupied while phase two, a joint venture between EcoWorld and Ballymore, is currently under construction.

Central to Canning Town’s exciting regeneration programme, City Island represents a strong opportunity for investment. East London is the Capital’s property hot spot, with the creative energy of Shoreditch and Hackney extending with exciting residential and business developments on the rise. The introduction of Crossrail in neighbouring Custom House will only increase the investment appeal of City Island’s latest apartments further.

Commenting on the partnership with arebyte, Dato’ Teow Leong Seng, CEO of EcoWorld International Berhad, commented: “I am very proud of London City Island’s vibrant community and the creative partnerships that have made this possible. Along with English National Ballet and The London Film School, the brand new artistic spaces and studios will take the island’s creative offerings to the next level, cementing the development as a cultural hub for London.”

Sean Mulryan, Chairman and Chief Executive of Ballymore Group, added: “It is my vision to make London City Island a home for art and creativity in the capital. The collaboration with arebyte and Studiomakers is particularly exciting as it will provide artistic talent with long-term and affordable opportunities for generations to come. The new creatives, brought to the island through this partnership, will integrate with our culturally rich mix of tenants and residents.”

Starting prices are as follows:

London City Island will comprise 1,700 new homes set on an island of 12 acres, with independent artisan restaurants, shops, creative hubs and al fresco spaces. The development takes its inspiration from the area’s maritime heritage, with bold primary colours and making use of its waterside surroundings with river walkways. Additionally, all Island residents will become members of the City Island Arts Club, the island’s own private residents’ club which includes a striking red swimming pool of bright, seafaring red tiles - the trademark hue which appears throughout the island.

arebyte is a London-based art organisation which supports the development of contemporary artists working across emerging artforms. Through its gallery space and affordable studio complex, arebyte creates thriving environments for artists to expand on their practices, explore collaborative working and meet new audiences. Since its inception in 2013, arebyte’s exhibition space dedicated to new media and performance art nurtures digital and participatory artforms through interdisciplinary dialogues. arebyte commissions cutting edge artists who bring new perspectives to digital culture by connecting emerging technology and art practices, and curate participatory performance work by artists who push the boundaries of collaborative art-making.

Studiomakers is a non-incorporated alliance of organisations that understand the importance of affordable creative workspace for the diversity and cultural life of cities. Studiomakers partners engage – ideally at the planning stages – with developers and boroughs across London to explore ways to integrate or retain affordable creative workspaces in new and existing mixed-use developments to benefit the creative sector at large. Studiomakers is an initiative led by Outset Contemporary Art Fund in association with its founding partners Second Home, Create London, PLP Architecture and Bolton & Quinn, partnering with the Mayor of London to support his mission to protect affordable space for artists.