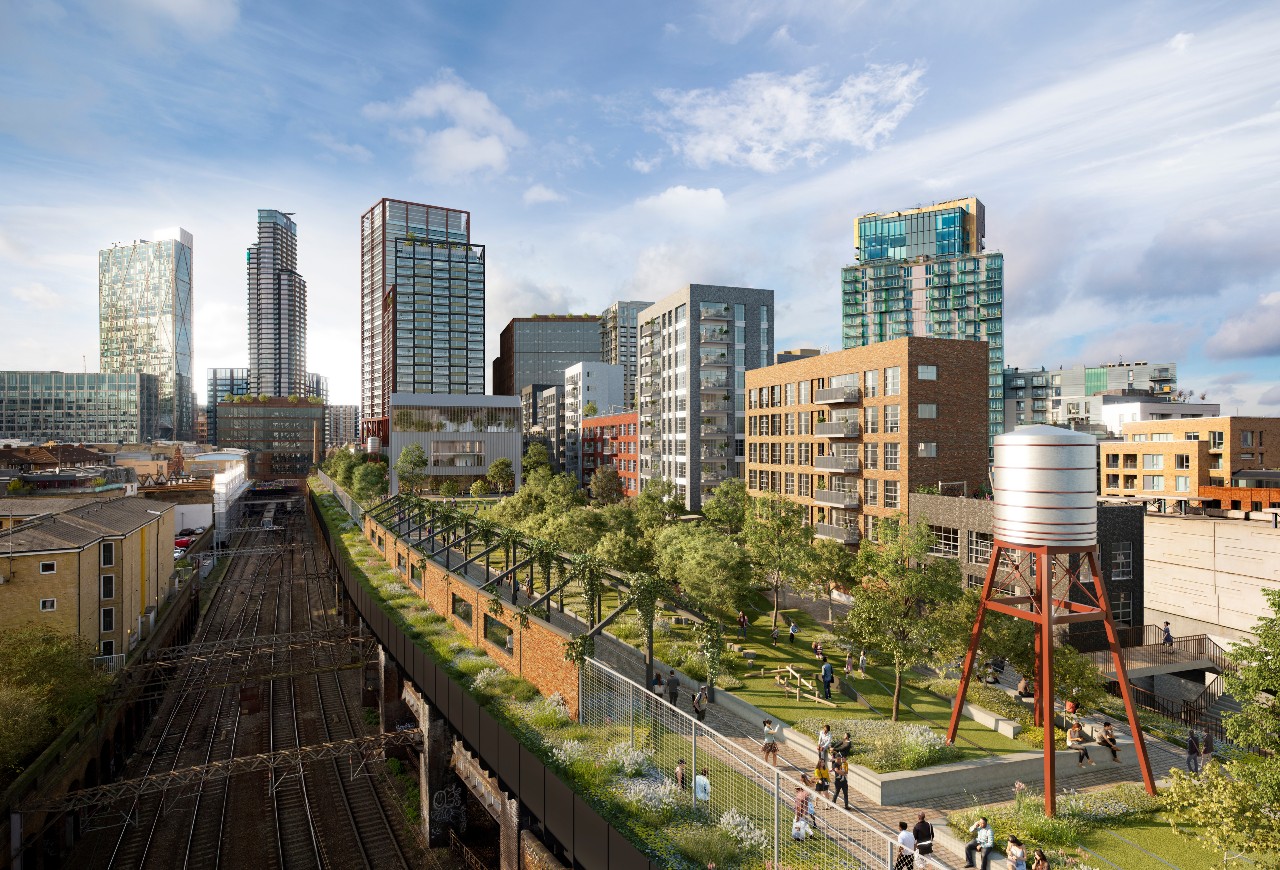 The Mayor of London has approved Hammerson and Ballymore’s plans to transform the Bishopsgate Goodsyard site into an exemplary mixed-use urban quarter that will help drive the recovery and growth of Shoreditch and London over the next decade.

At a hearing at City Hall this afternoon (3 December), the Mayor gave the green light for the regeneration of the 10-acre site in the heart of Shoreditch, which is one of central London’s last remaining strategic brownfield regeneration sites.

The revised plans proposed by the joint venture between Hammerson and Ballymore will provide 500 homes, with 50% affordable, as well as 1.4 million sq ft of workspace, including one of the largest single contributions of affordable workspace of any development in London

The Mayor’s approval for the revised plans follows extensive public consultation, with over 2,500 people in the local community engaged since 2011, as well as constructive discussions between the joint venture, the GLA, Hackney Council, Tower Hamlets Council and other key local stakeholders.

In Hackney, the affordable workspace provision effectively doubles the amount of affordable space provided in the borough since the council adopted its policy in 2015. This will be provided at a 60% discount to market rates, creating opportunities for a range of entrepreneurs, start-ups, scale-ups, SMEs and creative businesses, helping to drive Shoreditch’s growth.

The masterplan, designed by architect FaulknerBrowns, includes a high line-style elevated public park sitting on top of the restored historic railway arches that will provide a series of connected gardens, terraces and walkways, with a wide variety of biodiversity, including trees and planting.

Designed by landscape architects Spacehub, the park will be one of the largest new parks in central London. In total, the site will have over six acres of public realm, 25% larger than proposed in the original plans, first submitted in 2014, and covering over 50% of the whole site.

The mixed-use development will also provide new pedestrianised streets through the site, with a new east-west street created and the historic London Road under the arches restored and opened-up for the first time in decades.

All heritage assets on the site will be fully restored, with work led by local heritage specialists Chris Dyson Architects, including the Grade II-listed Oriel Gateway and the Braithwaite Arches, which will become home to new retail and hospitality providers, with the opportunity within the scheme for over 100 emerging and independent businesses.

The office buildings, which will provide varied types of workspace to suit occupiers ranging from large corporates to small creative businesses, have been designed by Eric Parry Architects and Buckley Gray Yeoman. FaulknerBrowns has also designed elements of the workspace provision, as well as the residential, hotel and cultural buildings.

The development, which will be car free and provide over 3,000 cycle spaces, also includes two new flexible culture and arts buildings, one in Hackney and one in Tower Hamlets, with a destination cultural building on Brick Lane and a new exhibition space located within the arches on London Road.

Upon completion, the scheme will make a significant contribution to the local area and London, supporting over 11,000 jobs and contributing around £540m to the economy each year, as measured in Gross Value Add (GVA).

Following the acquisition of the site from Railtrack in 2002 and the completion of the London Overground and the opening of Shoreditch High Street Station in 2010, the joint venture has been working to deliver a scheme that would transform this strategically important site, which has been derelict since a fire in the 1960s.

“The Mayor’s decision is a huge vote of confidence in central London after a challenging year. Our designs make the very most of a highly constrained site and will provide a huge range of benefits. These include one of the largest ever provisions of affordable workspace in London, which will help the local area and London as a whole continue to thrive long into the future. We listened carefully to feedback on our original proposal and after extensive consultation with Hackney and Tower Hamlets councils, local people and businesses and the Greater London Authority, our proposal now provides for a balanced, mixed-use scheme that will create a new community in the heart of Shoredtich.”

“The Goodsyard site will be the jewel in the crown of Shoreditch. We bought this site almost 20 years ago when this area was a very different place. As the last opportunity for significant growth in Shoreditch, the time has come for what will be a great boost to the local area and London. The Goodsyard will be an exemplary neighbourhood, fit for a revived London. With a mix of new homes, sitting alongside workspace, shops, cafes and restaurants, cultural buildings, new streets and one of central London’s largest new parks, this will be a place designed with wellbeing in mind, where people want to live, work, and enjoy themselves.”