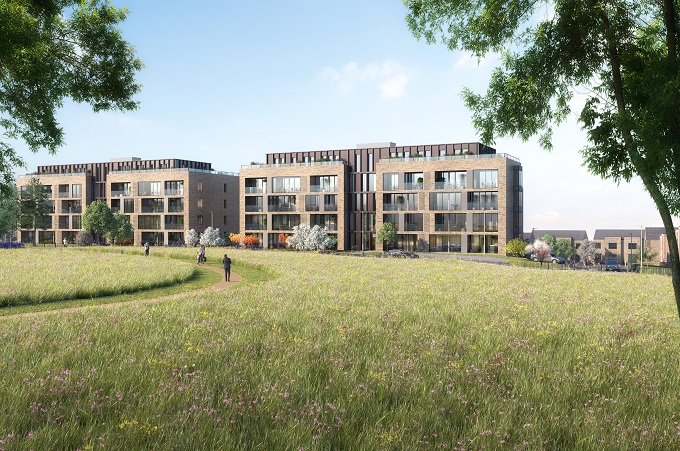 Ballymore has announced that it has received planning approval for 142 residential homes and a crèche on an 8 acre site located off Seamount Road, Malahide, County Dublin. Situated to the south-east of Malahide, the new ‘Seamount Rise’ development will be within walking distance to Malahide village centre and DART station.

The modern residential development will include 58 four and five bedroomed homes and 76 apartments in two buildings of 5-6 storeys over basement, with setback at penthouse levels. The apartments will have stunning views of the coastline and over the city. Seamount Rise is set amidst a natural impressive parkland which Fingal County Council plan to develop as a public park, with pedestrian and cycle routes, enhancing the attractiveness of the new development.

Sean Mulryan, Founder & Group CEO of the Ballymore Group, said: “I welcome An Bord Pleanála’s decision to approve the development of 142 homes in the beautiful coastal town of Malahide. These houses and apartments have been designed to the highest quality and standards. In close proximity to Malahide town, quality public transport links, and recreational facilities, Seamount Rise will be a very attractive community to call home.”

The Seamount development is located approximately 1km south-east of Malahide main street (as the crow flies). The site is bounded generally by existing residential housing development to the north, west and south with a new park being laid out to the east. An Bord Pleanála’s decision was made under the Strategic Housing Development scheme and is subject to compliance with a number of planning conditions.

Ballymore has a strong track record of creating modern residential developments in Ireland and the UK. The company’s landmark mixed-use Dublin Landings development is close to completion while Ballymore’s Connolly Quarter will comprise 741 apartments, and a mixture of leisure, commercial and retail space. Royal Canal Park in Ashtown includes nearly 1,200 residential homes in a canal-side location, a short commute to Dublin city centre.