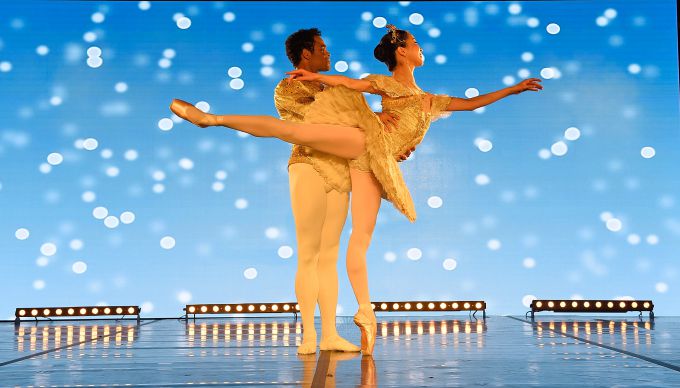 A new creative and vibrant island metropolis, London City Island will be a destination of culture and contemporary living. The partnership with The London Film School will see this iconic learning institution, which boasts alumnus including Michael Mann, Duncan Jones and Mike Leigh, make a landmark move to London City Island. Highly respected, The London Film School (LFS) has had unparalleled success in film festivals across the globe, and the school’s move to London City Island from their current space in Covent Garden is a testimony to the cultural vibrancy and ever-expanding arts scene of east London.

The new neighbourhood will include al fresco spaces used to show public art, design installations and host ad-hoc creative performances, enabling increased community engagement and improved facilities for film school students. Residents of London City Island and the surrounding area will be able to attend film screenings and Q&A evenings. In addition, the school will use the public open spaces of the island as set locations, activating these spaces and bringing the craft of filmmaking closer to the lives of East Londoners. The school is committed to nurturing talent, creating new audiences for the screen industries and reinforcing the school’s vision as a diverse and inclusive organisation.

Due to open in late 2017, The London Film School’s new home on London City Island will accommodate 220 students, along with over 55 staff, from over 60 countries. Students will study filmmaking, screenwriting and film business in the new purpose-built space which will include two cinemas, studios and office space. The building has been designed by Nicholas Hare Architects, who have previously worked on the Courtauld Institute and The David Attenborough Building at The University of Cambridge. Funds will come from a range of sources, including Lottery funds, trusts, foundations and individuals donors.

Jane Roscoe, Director & CEO of The London Film School said “We’re really excited about joining the English National Ballet at London City Island. Together, we’ll be at the heart of an emerging cultural hub; creatively inspiring our students, practitioners and residents alike, and putting film at the centre of the Island “

Sean Mulryan, Chairman and CEO, Ballymore Group, also said: “Our vision for City Island has always been to create a vibrant, cultural neighbourhood for London which has creative innovation at its heart. We are delighted that this vision is becoming a reality with English National Ballet, London Film School and The Line all making the island their new home as part of phase two, which Ballymore has developed in conjunction with EcoWorld. On 8th November, we are celebrating the official opening of City Island and we are looking forward to welcoming the first ‘Islanders’ to this exciting new destination – the island of dance, film and art.”

The Island Grocer by Ballymore, which also opened last night, will provide a grocery and restaurant for residents and the surrounding area. It is the vision of Sean Mulryan, Chairman and Chief Executive of Ballymore to recreate this initiative across other developments including Embassy Gardens in Nine Elms and Wardian London in Canary Wharf. The independent, artisan Island Grocer will set the benchmark for the retail and leisure spaces across the 12 acre site. In addition, the gym and iconic red outdoor swimming pool are now complete, which will form part of the residents Arts Club.

Founded in 1956, LFS is one of the world’s longest established filmmaking schools. It is constituted as an independent arts education charity and as a cosmopolitan conservatoire. The school produces 180 films a year via its Masters programme. LFS currently offers an MA degree in International Film Business, Screenwriting, Filmmaking and a PhD programme validated by the University of Exeter and Warwick, as well as around 50 Continuous Professional Development courses each year as LFS Workshops. LFS alumni are established in film and television production in more than eighty countries, including world-renowned filmmakers such as Mike Leigh, Michael Mann, Tak Fujimoto, Roger Pratt, Ueli Steiger, Iain Smith, Duncan Jones, Horace Ove, Ho Yim, Danny Huston, Franc Roddam, Brad Anderson, Ann Hui, Marius Holst, Oliver Hermanus and Bill Douglas, as well as the film historian David Thomson and the late playwright Arnold Wesker. The school is one of three Creative Skillset Film Academies, approved by the UK film industry as a Centre of Excellence.