Telecoms giant BT has taken two thirds of the space in the new Three Snowhill building in Birmingham, which is the largest ever speculative city centre office development outside the capital. The deal coincides with the completion of the building’s construction, confirming the success of the overall Snowhill regeneration.

The Snowhill development has transformed a 4 acre site close to Birmingham’s Snow Hill station, in the city’s Colmore business district. This major project has involved not only the development of 600,000 sq ft of office space in three state-of-the-art buildings but also the creation of a new square beside St Chad’s Circus and delivery of a viaduct beside the station for the Midland Metro light rail extension. Masterplanned by Sidell Architects, the development is now a top business destination in its own right, a strategic link between the Colmore business district and the Gun and Jewellery Quarters to the north and an expression of Birmingham’s economic importance.

The One and Two Snowhill buildings, standing 13 and 14 storeys high respectively, were delivered in 2013, and their space is fully let, with tenants including Barclays, KPMG and infrastructure company High Speed Two (HS2). Investor M&G acquired Two Snowhill and has funded Three Snowhill, working with Ballymore as development manager.

"The Snowhill estate has been a 16-year project for Ballymore, creating one million sq ft of offices, award-winning public realm and a new business quarter for the city."

The £200 million final phase provides 420,000 sq ft of grade A office space in the scheme’s tallest building, at 17 storeys. The design of the building, which is rated Excellent under the BREEAM sustainability assessment standard, features full glazing on three sides and a full height central atrium. BT has signed a 20-year lease for its space, which will eventually house up to 4,000 staff. Graeme Paton, managing director of property and facilities services at BT, said, “Our new building in Birmingham will bring our people together in an impressive and modern environment, transforming the way we work. Excitingly, it will become a strategic hub location for BT in the UK with a considerable increase in the number of colleagues we employ based in the city.”

Sean Mulryan, Chairman and Group Chief Executive at Ballymore, said of the project: “The Snowhill estate has been a 16-year project for Ballymore, creating one million sq ft of offices, award-winning public realm and a new business quarter for the city. We’re very proud of this legacy. It’s reflective of all our partners’ hard work that BT has chosen Three Snowhill ahead of its completion.” 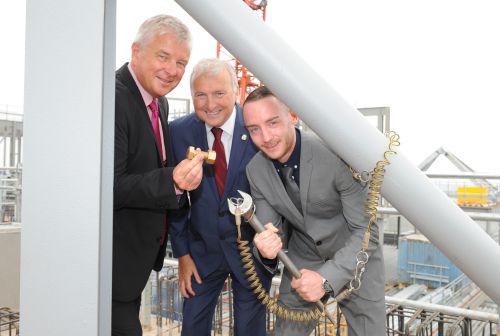 New Birmingham landmark tops out with a midas touch

Birmingham’s new Three Snowhill office development, the largest speculative city-centre scheme outside London, has topped out - with a touch of gold. 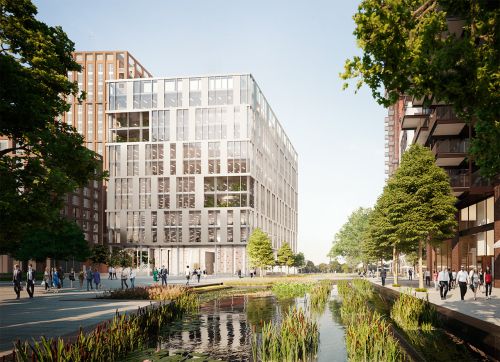 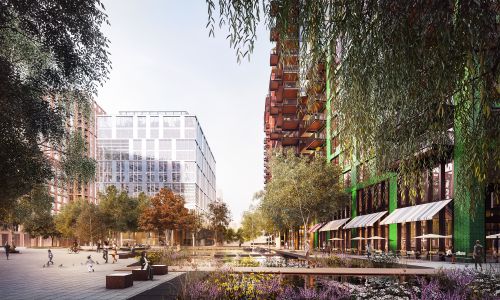 In a move bolstering Nine Elms as a new media hub south of the Thames, DK, the world leading illustrated reference publisher is to follow sister company Penguin Random House UK by relocating to One Embassy Gardens.