We meet the youth charity making a real difference

A ground-breaking NGO, working in communities affected by crime and violence, is supporting thousands of young people to realise their potential.

“The communities in which we work suffer from under-investment, a lack of opportunities and high levels of crime and violence,” said Jacob Whittington Vigors, head of programmes at the Fight for Peace London Academy, based in Woodman street, Newham, which is currently building a new ‘hub’ with the support of local businesses. At Fight for Peace, we invest in young people, offering young people the support and access to opportunities that we all need to thrive.”

“As we know too well, violence and knife crime has a major impact on the lives of young people, and acts as a barrier to their development,” said Vigors, who praised the support of companies like Ballymore which was “crucial to the work we do at Fight for Peace.”

“With the help of Ballymore, and other funding partners, we are now in the process of building a new ‘hub’ that will be a central focus point for our London Academy and a place where young people will be welcomed and receive the support they require from our dedicated team of staff.”

Londoner Luke Dowdney founded Fight for Peace, one of Ballymore’s most significant charity commitments, in 2000 in one of the most violent favelas in Rio de Janiero. It now has Academies in Rio and London and is present in 25 cities across the world through partners trained in its methodology.

Sean Mulryan, chairman and group chief executive of Ballymore said on a recent visit to the charity: “We are delighted to support the important work of Fight for Peace and as a company we are committed to supporting charities that help young people get the right start in life. We have a significant footprint in Newham so it’s a logical move for us to support these organisations on our doorstep as an extension of our regeneration efforts”.

A survey by the charity revealed that of 1,183 young people attending its London Academy, 340 were supported coping with issues at home, at school or in their personal lives. Another 101 young people were given employability support to get jobs while 30 participated in education programmes to get qualifications.

Of those Fight for Peace members surveyed in 2017, 92% felt more motivated, 83% more confident, 79% cooperated more with others and felt more positive about the future.

“And, at the tertiary level, we support young people to disengage from crime and violence, and work to prevent them from re-offending or being victimised again. This work is central to supporting young people to realise their potential, and live peaceful and happy lives.”

Youth workers and mentors help young people overcome issues they may have in their lives through support services, while youth leaders help to design programmes, develop strategies and make decisions at every level of the organisation.

“We find most of our people through word of mouth, via family members, friends and in schools. We also use social media and also have outreach programmes,” said Jacob.

And the success of Fight for Peace in Newham is not just in the stats. Local boy Mohez Khan from Canning Town is a national champion in both judo and Olympic weightliftings, while other young people from the Academy have won national and regional titles.

“We support all young people in the community - including those at risk of being involved in or victims of crime and violence - to reach the enormous potential they have. Though their own talent, dedication and hard work, and with our holistic support, these young people are becoming champions, in the sporting arena and in life”, said Jacob. 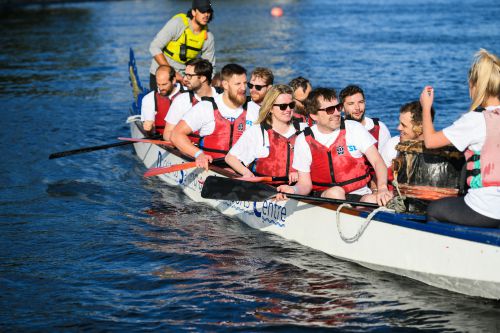 Bringing charity into the heart of company culture

For Ballymore people, charity really does begin at home. From cycling, to rowing, to abseiling, to football, charity heroes from company directors to hundreds of employees gave up their spare time over the summer to help raise nearly £40,000 for good causes. 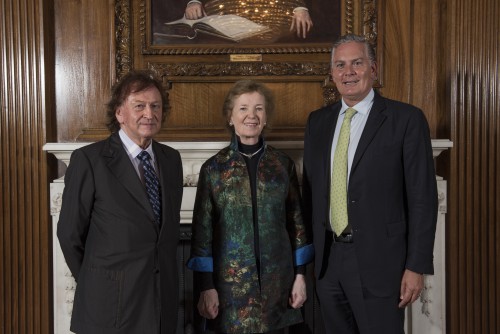 The most prestigious award honouring “an outstanding contribution to Ireland and the Irish community in Great Britain” this year goes to the Founder and Group Chief Executive of Ballymore, Sean Mulryan.